G’day Travelers! If you’ve been following me on social media you’ll be well and truly aware by now I’ve been in Surfers Paradise, Queensland for the V8 Supercars. It’s been a little while since I put together a travel related post, actually the last proper travel post was when I went to Melbourne for the Grand Prix. So without further ado, here’s a collection of photos from the little bit of exploring I did around Surfers Paradise.

I’m going to be straight up, the racing came first and the exploring came second. It would have been nice to get up to the theme parks, but I only had barely a day either side of the racing to do my sightseeing. That said there is plenty to do in the heart of Surfers Paradise.

The first thing I did when I arrived on Thursday is head down to the beach, as you do. Here’s a shot of the famous Surfers Paradise sign at the end of Carvill Avenue looking out towards the ocean. Carvill Ave is the hub of activity in Surfers and everything spreads out from there. 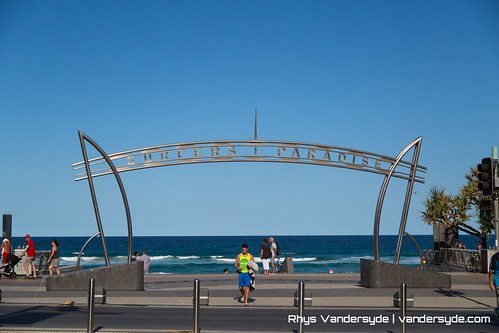 This next shot is from the balcony of my hotel on Thursday night. Over looking the Nerang river which runs pretty much parallel to the beach. In the distance you can see the Gold Coast Arts Center lit up in Pink, but it changes colours through the course of the evening. After this shot, I headed out to grab some food and check out the nightlife. I’m not a big bar and night club person, but it’s what the Gold Coast is famous for so I thought I’d check it out, albeit briefly as I had an early start the next day. 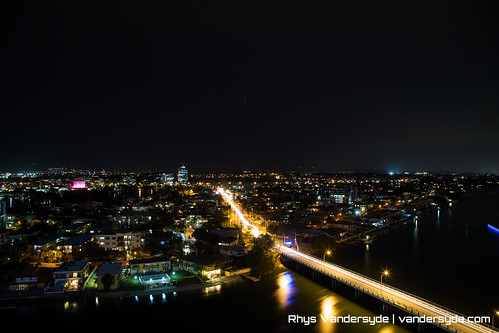 Moving onto to Sunday evening, this shot I took of the sunset after getting back to my hotel after a long day at the track. The timing was perfect as I saw what I thought was going to be a great sunset as I started the leave the track. I was lucky that most of the crowd had already dispersed, while I was sorting out photos and stuff in the media center and I could get on the first tram back to my hotel. This shot was taken from the balcony of my hotel just as the sun dipped behind the mountain range off in the distance. 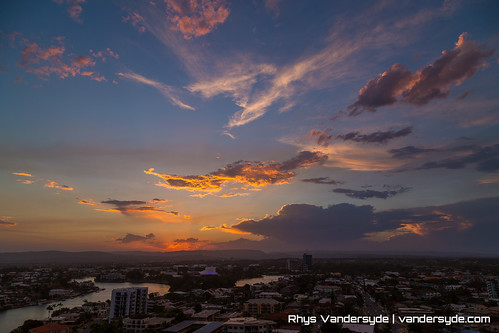 On Monday I had a few hours to kill before catching my flight back, and without daylights savings in Queensland the sun was up from 4am! I was getting up pretty early so wandered down to the beach before it got crowded and snapped some shots of the buildings and the beaches in the early morning sun. 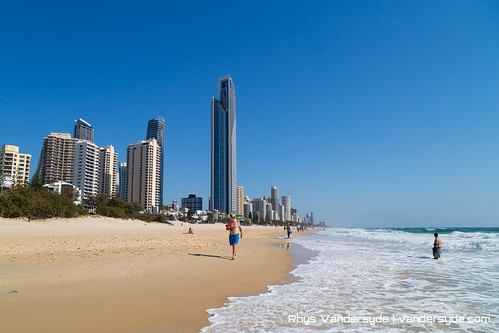 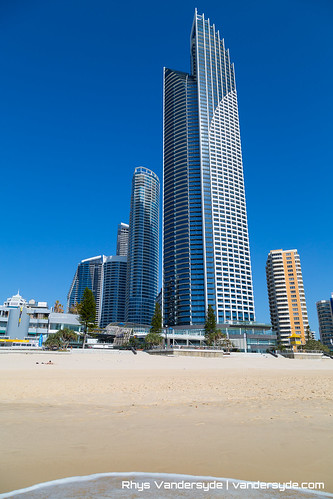 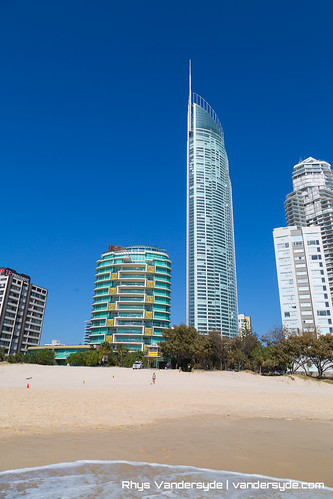 After a stroll on the beach, I noticed the surf life savers had set up the flags for the day, perfectly in line with Carvill Ave. I took this photo over the morning beach goers with the Surfers Paradise sign (as per my earlier photo) in the background. Before heading back to my hotel to get my bags sorted out. 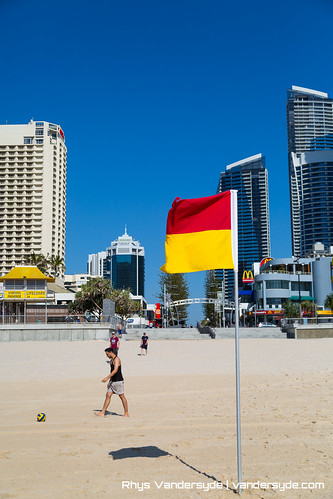 Here’s a day time view from my hotel room balcony. I quite liked this view of the river, actually I quite enjoyed my stay in Surfers. I’ll have to have a look and see what apartments are worth could be somewhere I’d consider living at some point. 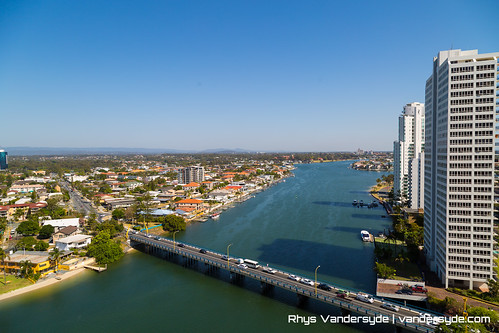 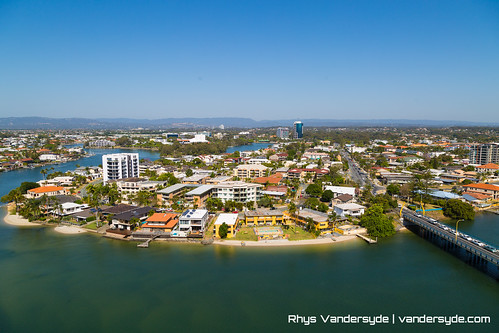 After checking out of the hotel I went back out to Carvill Ave to do some more things and knock over a little bit more time before my flight. I didn’t really take any photos other than the next two. But I did check out the Ripley’s Believe It or Not, TimeZone and RaceCenter. Basically the same sort of stuff you can do in Darling Harbour in Sydney but I haven’t been there in a while either so it was good fun. 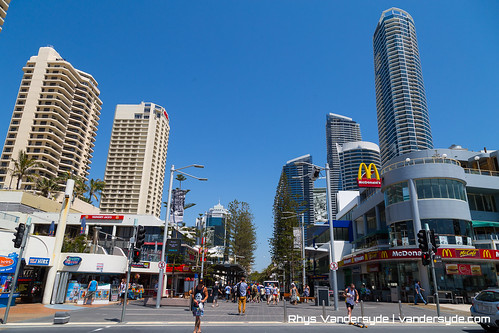 One last parting shot of the Tram. Nothing overly photogenic about it, but the relatively new tram system really handy to both to and from the airport (with the bus connection) and to and from the track over the weekend. 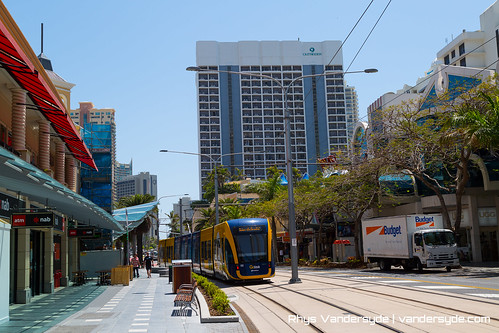 Tips for travel to the Gold Coast.

That’s it for travel/exploring photos from around Surfers Paradise, I will have to spend some more time up there at some point, maybe I’ll plan it a little better and get a couple of extra days either side of next year’s V8 Supercar event. As always if you’ve seen a photo of mine that you’d like to use for any reason, make sure you get in touch either via social media of my contact me page. If you are interested in my photos of the V8 Supercars and the Support Categories, make sure you follow the links to check them out.

If you like this style of travel post, I do need to organise a proper holiday, and go and genuinely explore some where new, so make sure you keep an eye on my social media profiles – Twitter, Facebook or Google+ for updates about that as I get it organised.