G’day Travelers! I recently had to head down to Shepparton in rural Victoria to cover another event. Having not driven down to Victoria before, I thought I’d take the opportunity to road trip down the Hume Highway which connects Sydney to Melbourne. So here is my story of my Sydney to Shepparton road trip.

Being a work day I wanted to get through Sydney before the daily commuters hit peak hour, which meant a rather early start, leaving before sunrise. But once I got onto Sydney’s motorways (M2 and M7) it was going to be a relatively easy drive. I settled in with some tunes for 8 hours driving and changing scenery.

Roughly 2 hours outside of Sydney, Goulburn is somewhere I stop regularly when heading south down to the snow. It’s also home to the Big Merino, which is an icon of any trip down the Hume Highway, and my first stop of the road trip. 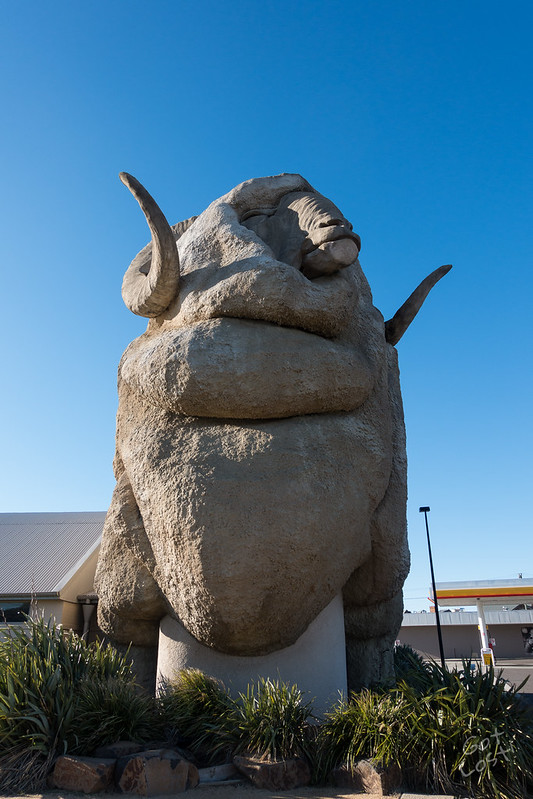 I was a chilly, just 2 degrees, when I got out of the car in Goulburn to stretch the legs and grab some myself some essential road trip supplies… Red Bull, Water, Candy etc. I also took the opportunity to grab a quick photo of the Big Merino , before jumping back in the car to defrost and continued down the Hume which was ironically lined with snow, a rather rare event for the area.

Goulburn is also where the Federal Highway splits off the Hume Highway to head down to Canberra, ACT and the snow fields. Which is normally where I’d depart the Hume, however heading down to Victoria, it was on to see a what else the highway had to offer.

I’d heard about the Dog on the Tuckerbox, but I’d never actually seen it in person. So when I saw the signs along the highway, I knew it was time to stop for lunch. 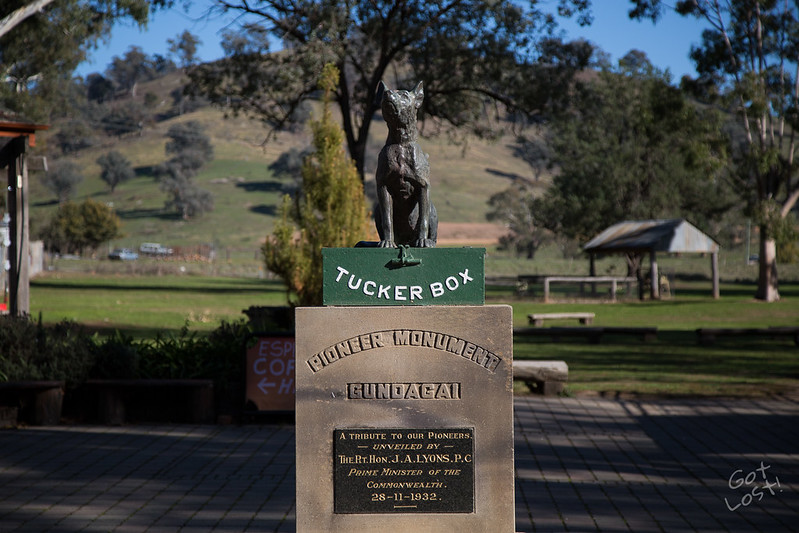 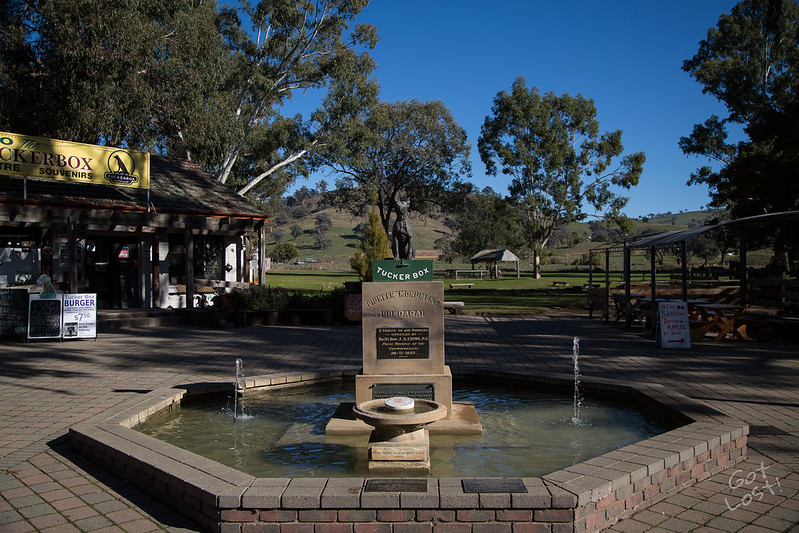 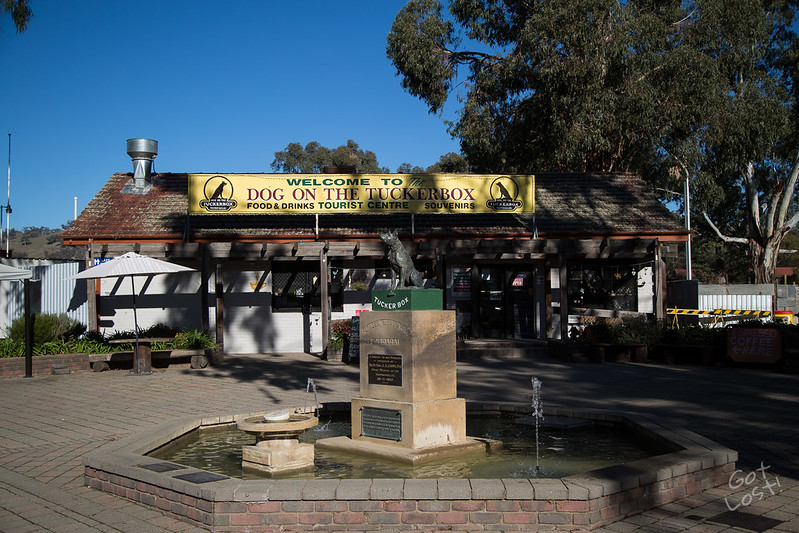 I’ll be honest, I was expecting it to be bigger, but it was interesting to see. I didn’t realise how old the monument, dating back to 1932. The whole complex was a history lesson in the area, and a stunning setting to take a brief walk to stretch the legs and take a few photos.

Then it was onto the nearby service station, topping up the fuel tank and grabbing a quick bite to eat before getting back on the road.

I’d seen people mention that there was a Submarine along the way to Melbourne. Which seemed ridiculous, because Holbrook is over 250 kilometers from the ocean. So when I saw the signs for Holbrook, I had to take the exit and check it out for myself.

As it turns out Holbrook has a rather rich history with the Navy. Having been renamed (from Germanton in the wake of World War 1) in honour of British Submariner and Victoria Cross recipient Lt. Norman Douglas Holbrook. The town is now the unofficial adopted home of the Australia Navy’s Submarine Squadron.

HMAS Otway is a decommissioned Oberon Class Submarine from the Royal Australia Navy. The Navy donated a small portion of the Otway to the town, however the decided to complete some fundraising to purchase the above the waterline sections of the submarine to create this monument in 1997. The town also holds a small submarine museum (complete with working periscope!) and several other submarine related monuments around the park. 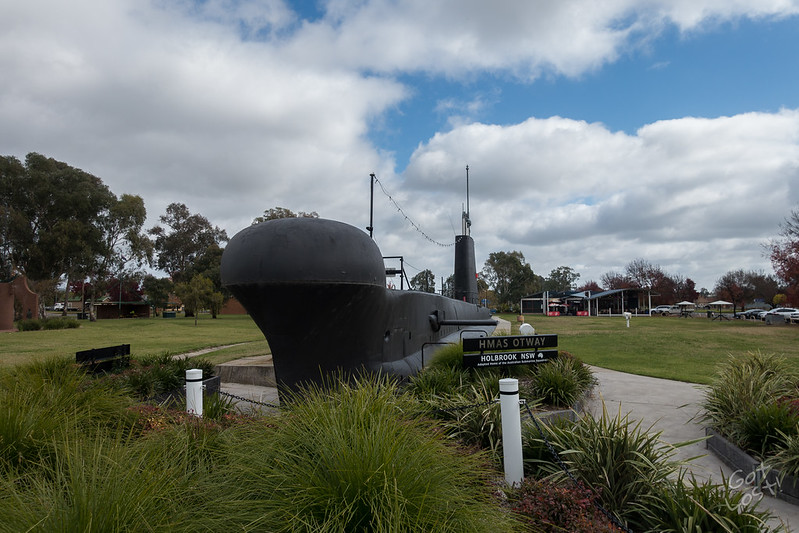 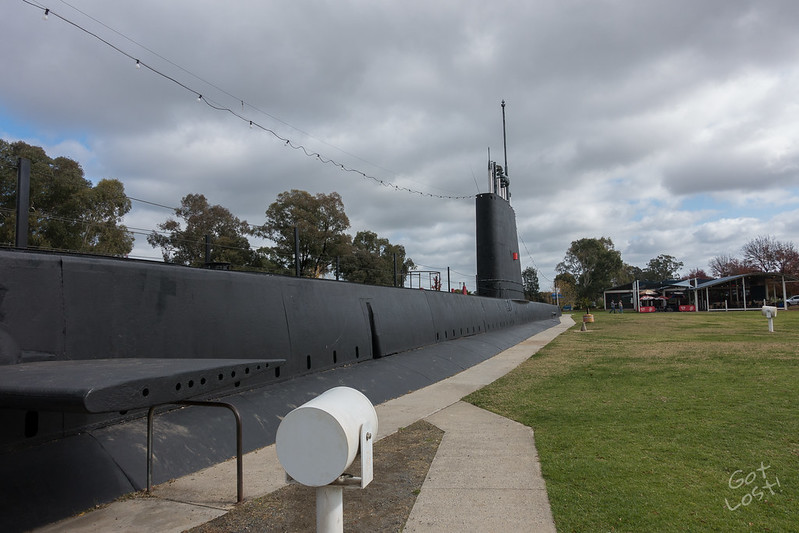 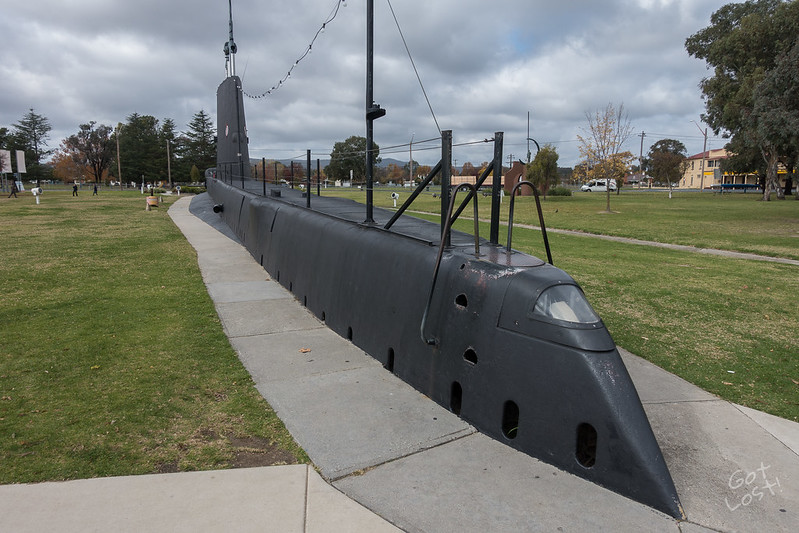 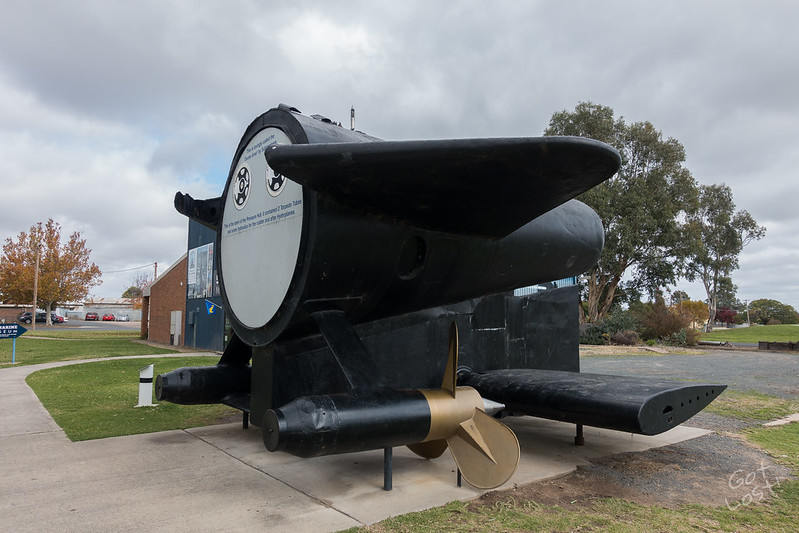 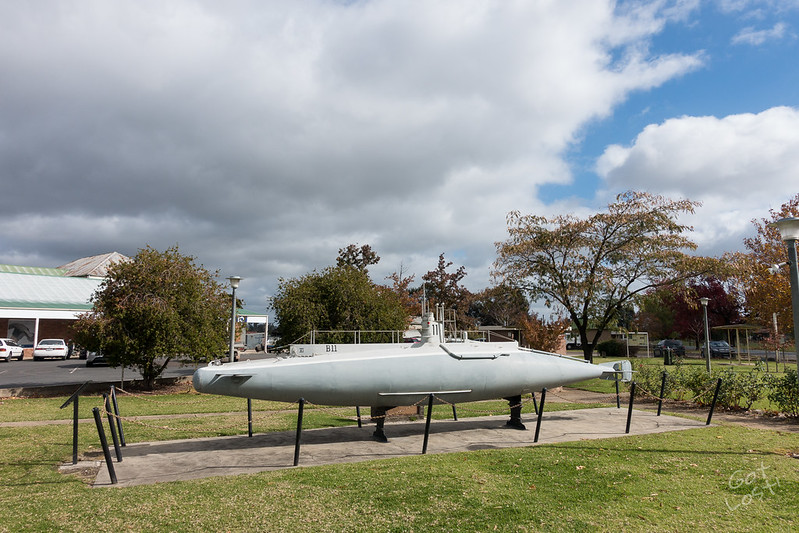 After a good walk around, it was time head back to the Hume Highway to continue the road trip.

Now, the plan was to stop in Glenrowan to see the giant Ned Kelly statue, as well the place of the infamous Bushranger’s last stand. However, possibly due to the lack of signage of Victoria’s motorways or the fact I was heavily engrossed in a session of car karaoke. I missed the turn off, for Glenrowan and ended up making it all the way to Shepparton without making another stop.

I tried to find the turn off for Glenrowan, on my trip back to NSW as well, but I still didn’t find it. I’ll have to put in the GPS next time I head back down to Victoria.

Check the video of the trip:

Have you done the road trip down the Hume Highway before? Feel free to leave your suggestions or tips of your own with a comment below so I can check them out the next time.