G’day Travelers! I finally had a chance to sneak in some international travel this year. Spending a couple of days in Auckland, New Zealand, on the back of photographing an event over there.

It was the first time I had ever been to New Zealand. It’s always been so close that I’d never thought to plan a special trip over there. But this trip has certainly changed my view of New Zealand and I’ll definitely be organising another longer trip there in the future.

Anyway, so here is what I got up to in my 48 hours in Auckland.

I really wanted to make the most of my first full day in Auckland. Being somewhere new, I wanted to get my bearings and see what the city had to offer. So I started the morning with a short walk around Queen Street and down to the harbour to work out where I was in the relation to the main part of the city. 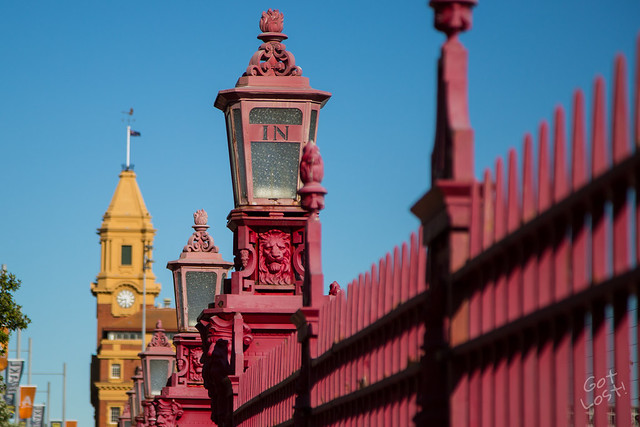 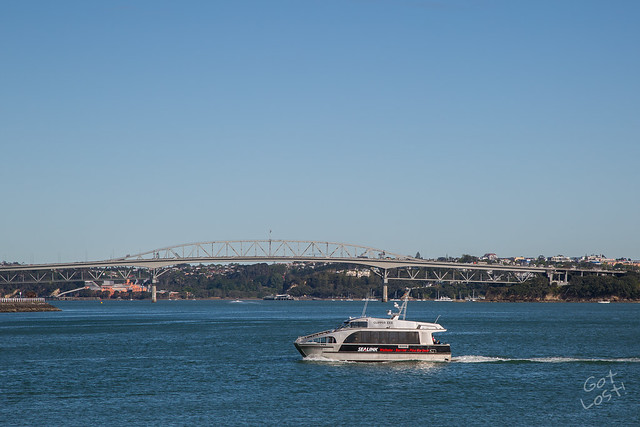 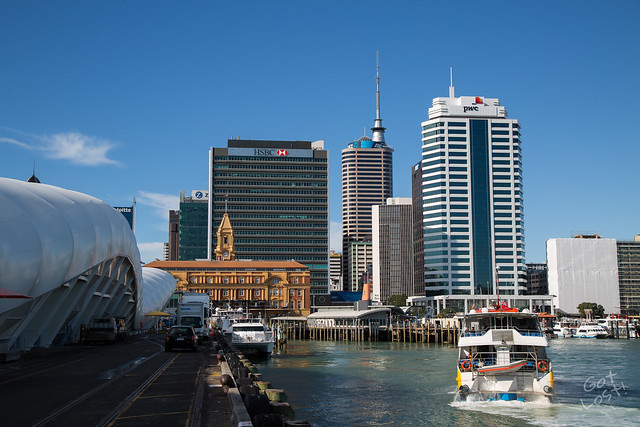 Then to make the most of the day I jumped onboard the Auckland Explorer Bus to do a tour of the key attractions of the city.

With the bit of research I did prior to heading over the Auckland, I worked out some of the main attractions weren’t easily accessible without transport. But luckily the Auckland Explorer Bus visits most of them, and while it’s $45NZD for a day pass, it seemed to be the easiest and most convenient way to see a lot on a short amount of time. 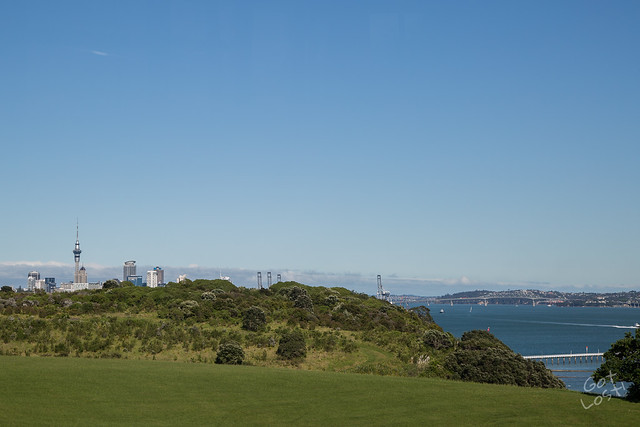 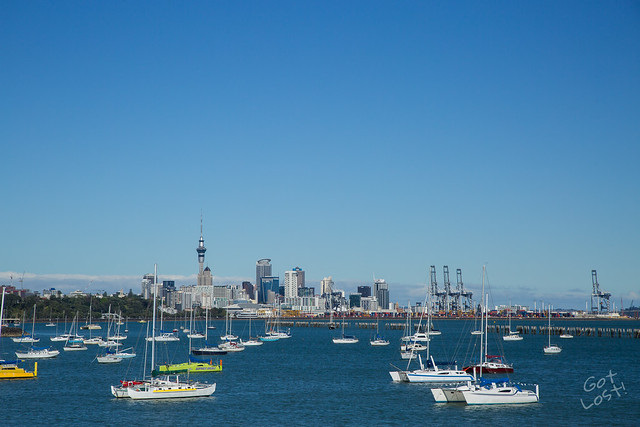 While the Explorer Bus took a route around the harbour taking in some of the attractions. The first stop I jumped off at was the Auckland Museum and War Memorial. It’s about the halfway mark on the main Red Circle Route also the spot you need to jump off the bus, to take its second Blue Circle route, to take in the rest of the sights.

But before jumping on the next Blue Circle bus, I went in to checked out what the museum had to offer. I spent about an hour walking around taking in the different exhibits and learning a lot about New Zealand, how it came to be inhabited and its volcanic history. Well worth the price of admission, of which you get a discount with the Explorer Bus ticket. 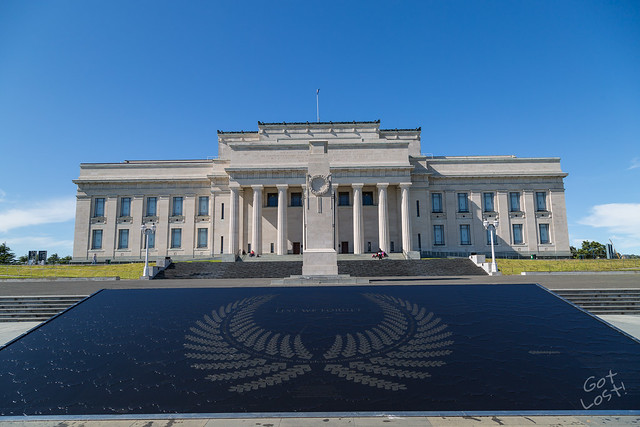 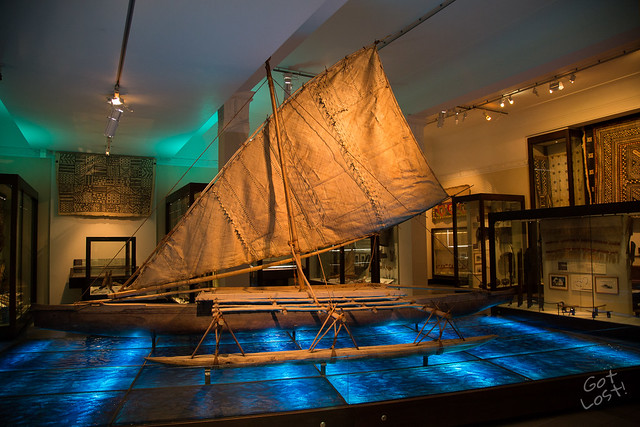 Next stop, this time on the Blue Circle route was Mt Edan. Mt Edan is an extinct volcano overlooking the city of Auckland. I’d never been to the top of a volcano before, so the main reason for stopping here was to tick that off my bucket list on this trip.

I’m really glad I did stop there though as I was surprised at how great the views were out over the city.  It made for the some great photo opportunities and the walk to the top was good to get the heart pumping. Definitely not been feeling my fittest recently.

I was a little surprise that there weren’t any cafes or much of anything around Mt Edan, well, other than the stunning view. I’d gotten quite hungry at this point so the next stop for me was a local shopping center to grab some food. 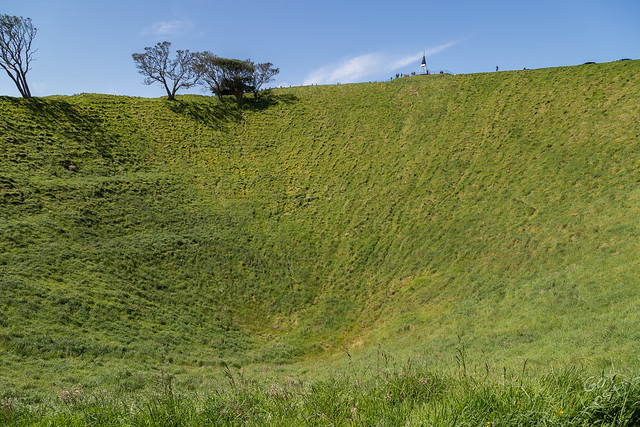 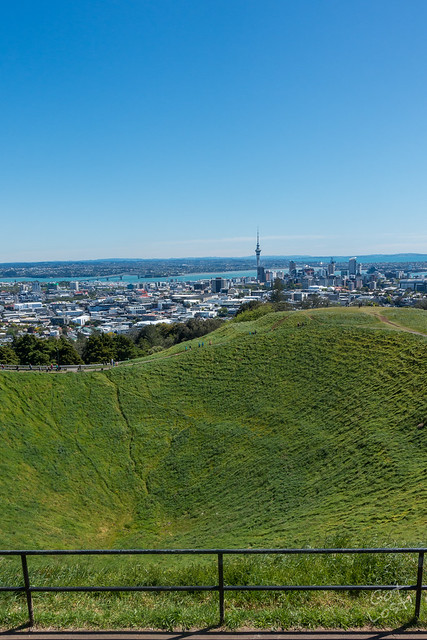 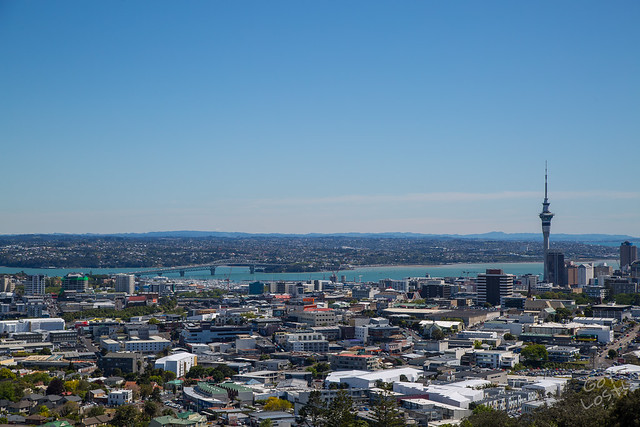 The next stops for the bus were Auckland Zoo and MOTAT, and while both were on my list of things to visit, driving past they looked a lot bigger than I gave them credit for. So I decided to stay on the bus and complete the trip back to the city. Next time I’m in Auckland I’ll make sure I dedicate some time (and make sure I’ve got some transport) to start early and see them both in the same day.

Jumped off the Auckland Explorer Bus when it arrived back at the Civic Center in the CBD to continue exploring. I ended up walking up to Albert Park on top of the hill to try to get a different view of the city. It’s a lovely garden, but didn’t really offer much in the way of views like Mt Edan. 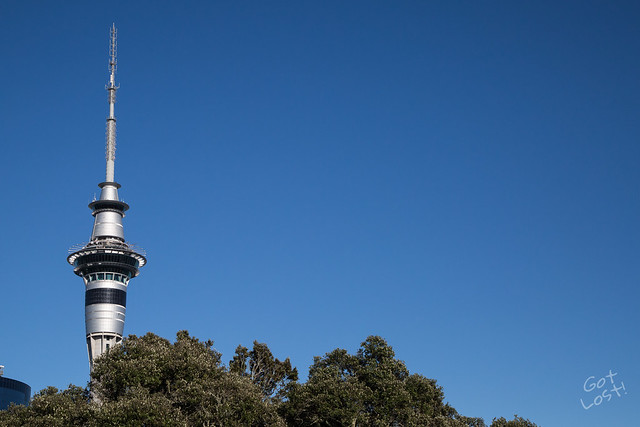 At this point it was getting late in the afternoon and I’d done a fair bit of walking, so I went back to the hotel chill out for a little bit, before grabbing the tripod to head done to the waterfront to grab some dinner and get some photos of Auckland at night.

These are some of the photos I took that night from the Wharf area, between the Maritime Museum and the Silo’s district. 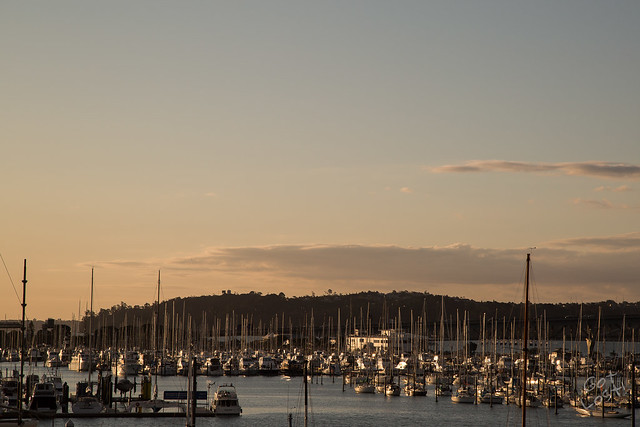 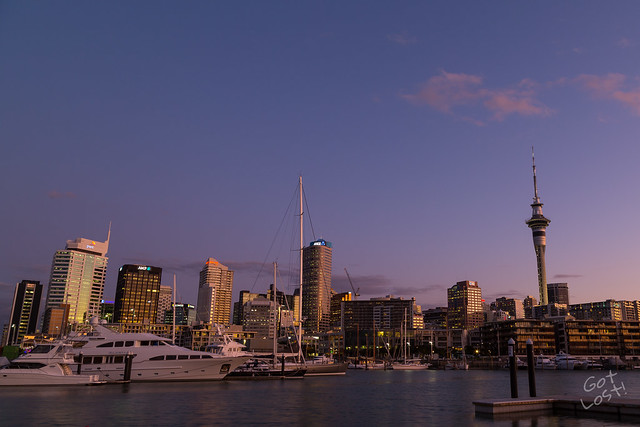 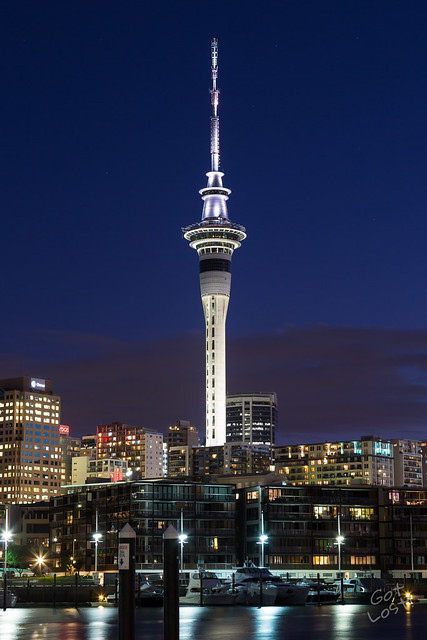 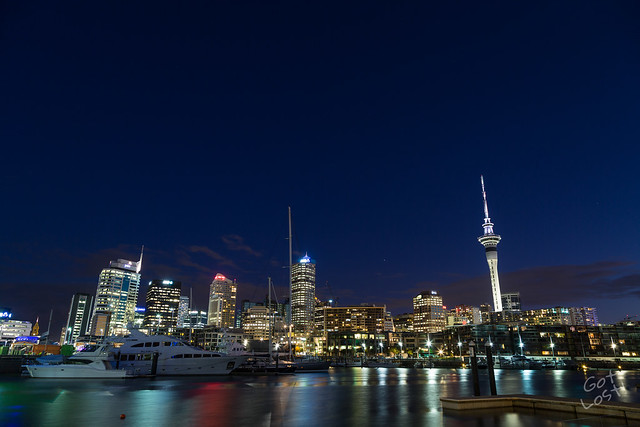 Having smashed out a lot of sightseeing on the first day, I took a little more relaxed approach to my second day of exploring.

First stop of the day was Maritime Museum to see the American’s cup Yachts. However the museum had quite a comprehensive history of life on the water in New Zealand. Starting from the arrival of the Pacific Islanders/Maori before the discovery of New Zealand by Europeans and on to the various aspects of Immigration to New Zealand over the years.

The key attraction was the America’s Cup winning yacht which was proudly on display in the final hall. You don’t really appreciate how big the yacht is until you see it in person. 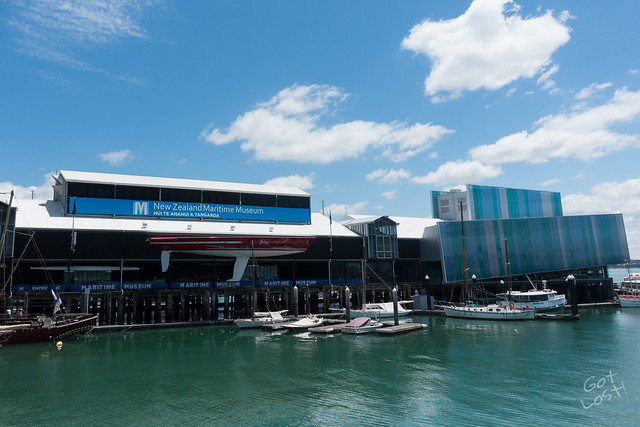 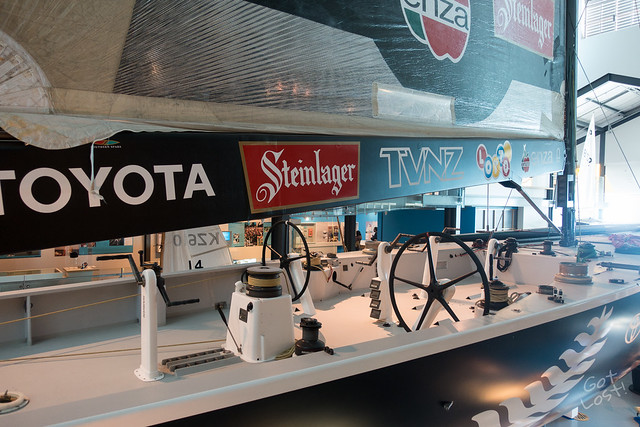 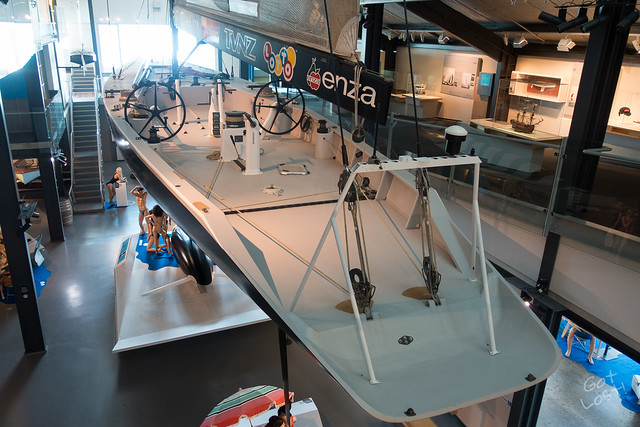 After the Maritime Museum I wandered back up to the Skycity and the SkyTower, to check out what was on offer there. The Skytower dominates the skyline of Auckland no matter where you look at it from so it was good to get to the top and check out the view from there as well. The Skytower was probably the most “touristy” thing I did in Auckland with a massive gift shop at bottom with an overwhelming amount of Kiwi souvenirs.

Trip to the observation deck was only $28, if I was feeling more adventurous, and willing to part with more cash, I could have taken the Skywalk or the SkyJump, but that wasn’t in budget. It was good to get a different view out over the city, but I think the view from Mt Edan was better. 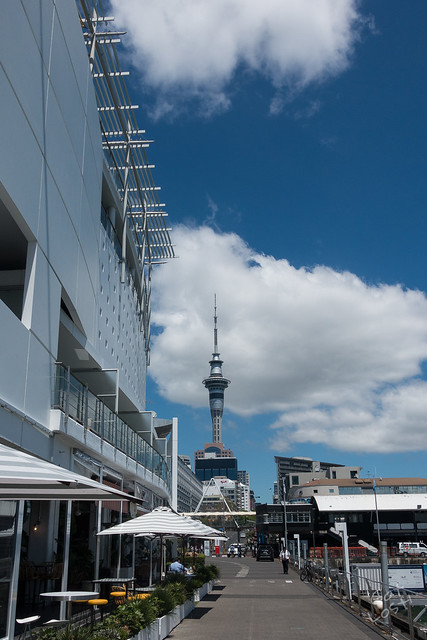 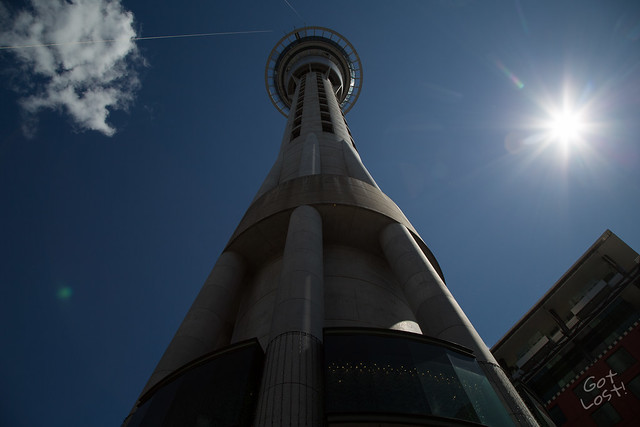 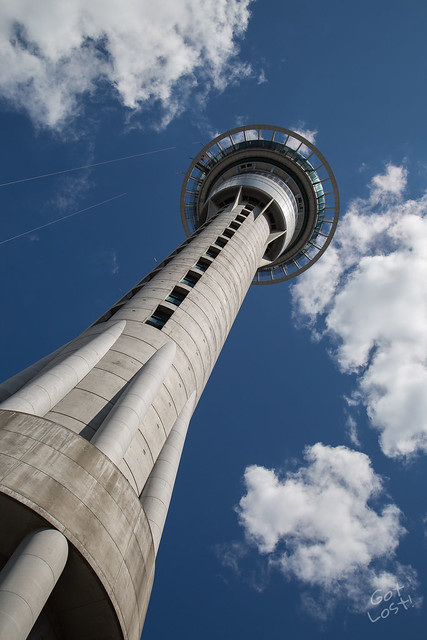 That wraps up my 48 hours in Auckland. If your interested you can also check out my tips for first timers to Auckland and my pick of the best things to do in Auckland blog posts also.

Have you been to the Auckland before? Feel free to leave your suggestions or tips of your own with a comment below so I can check them out the next time I’m in town.

How to Survive Travelling as an Introvert