G’day Travelers! I recently had a spare 48 hours to explore the sights of Adelaide in South Australia. It was actually a good time to visit Adelaide as the city was a buzz of activity from the Adelaide Fringe Festival and Clipsal 500, which happened to coincide with my trip.

Adelaide was founded in 1836 as a planned city and the capital of the then British province of South Australia. That planning has led to a well laid out city that is still surrounded in parkland separating the city from the surrounding suburbs. The British design influence is still felt today with examples of Victorian style architecture scattered around the city, in particular, with the numerous churches, squares and local government buildings. 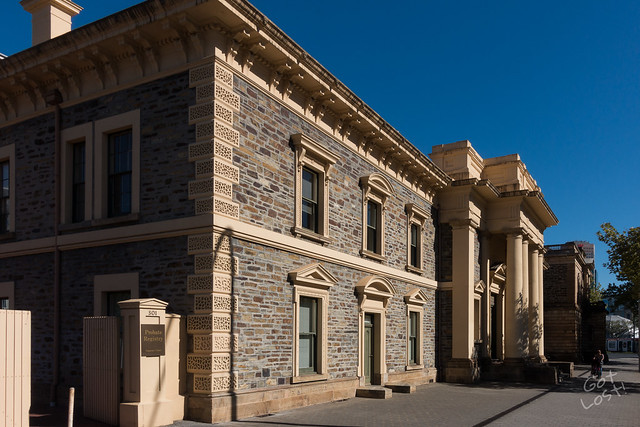 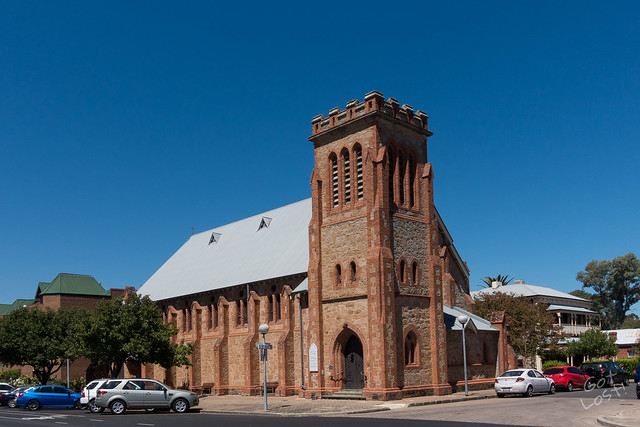 One of the many churches around the city.

Arriving at Adelaide Airport, the city center is about a half hour bus ride from the airport. You can by a single bus ticket for the trip for a couple of dollars, or a public transport day pass for less than $10. Once in the city Adelaide has a tram that runs North/South through the city, from the main railway station to Glenelg, and is included in your day pass. Or if you are only planning on using it within the confines of the CBD, it’s free.

First thing on my list of things to do was to head to Adelaide Zoo. Despite being a small zoo in compared to the likes of those in other cities in Australia, Adelaide Zoo is the only zoo in Australia to currently have Giant Panda’s on display. Aside from the Panda’s the zoo has a very impressive collection of local and foreign animals on display and it’s somewhere you can easily spend several hours just wandering around. 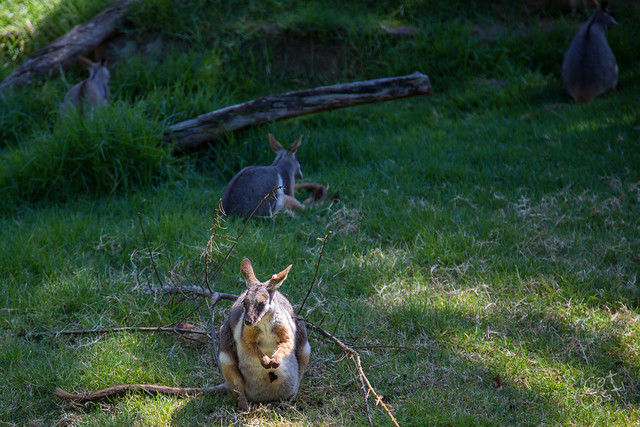 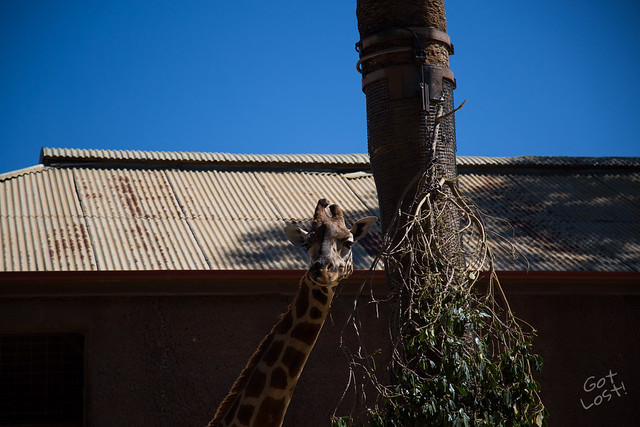 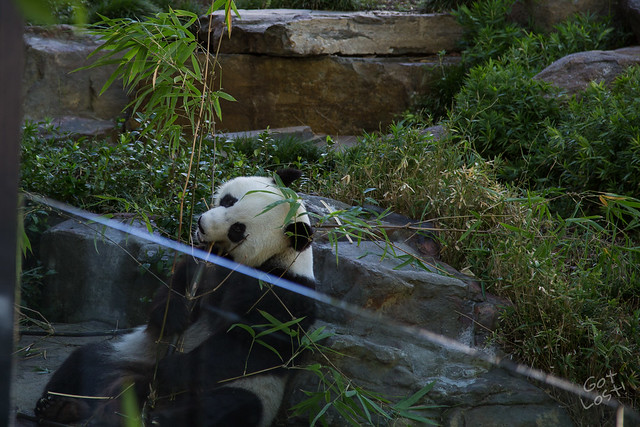 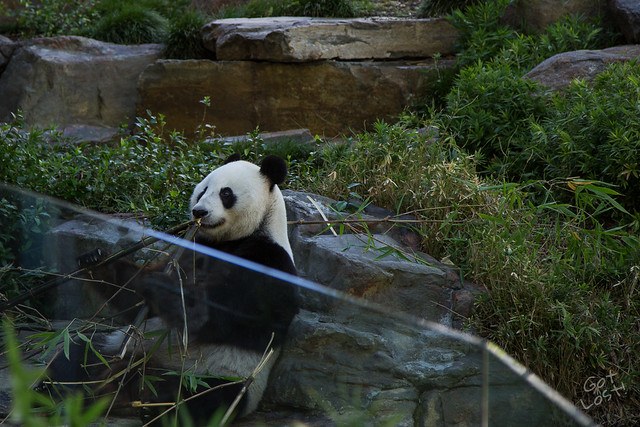 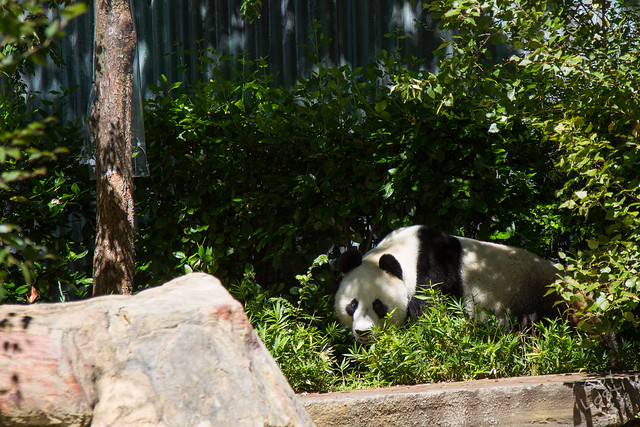 To find out more about the zoo, check out the South Australia Zoo’s website – http://www.zoossa.com.au/

After finishing at the zoo, I took the opportunity to explore the northern part of the city, going for a walk through the Parklands and Botanical Gardens before heading back towards the city. There are several trails to go and explore and many areas to sit down relax. It would be quite easy to forget that the heart of the city is only a couple of hundred meters away. 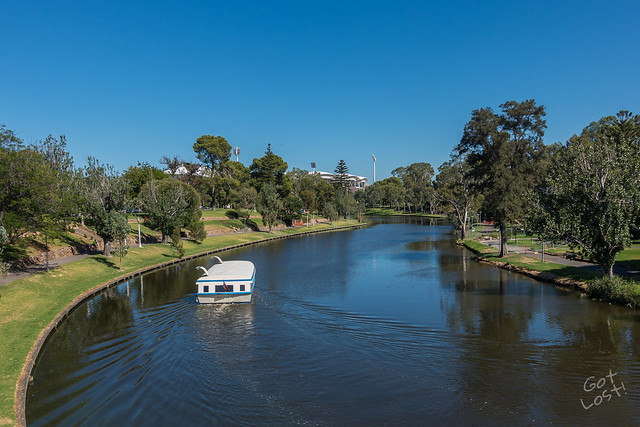 The River Torrens looking out towards the Adelaide Oval.

Wandering along Northern Terrace, the street lining the northern edge of the city, you’ll find plenty of historic government buildings with the Hospital, University, State Library, Museum, State Parliament and Government House next to each other. I could have dropped into the South Australian Museum and Art Gallery of South Australia, but given it was such a sensational day I decided to go and explore more of the city. 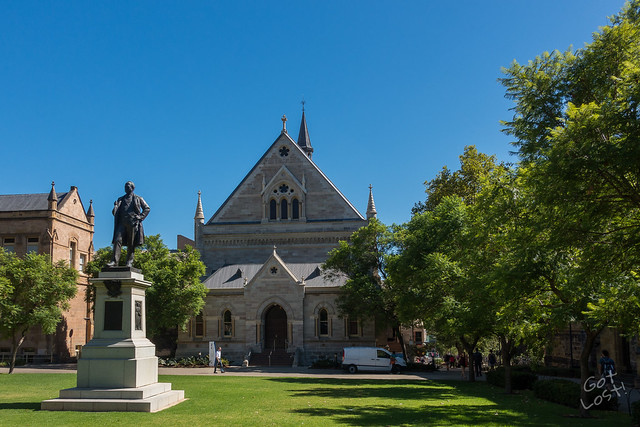 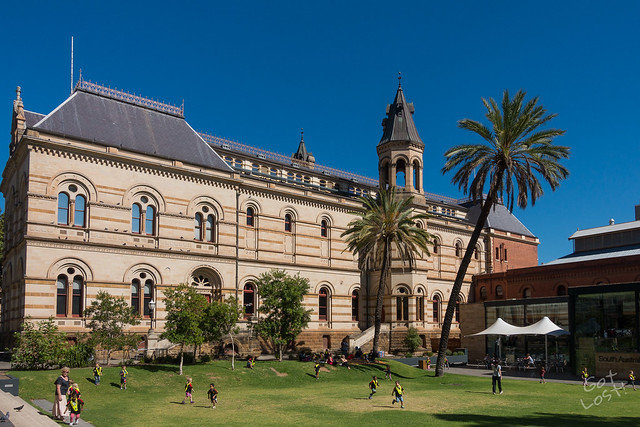 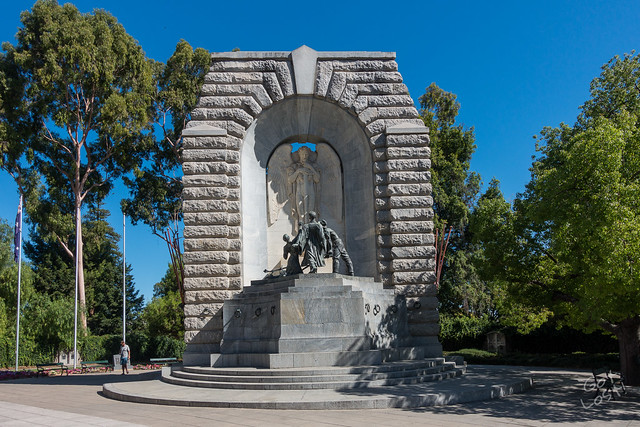 Victoria Square is located right in the center of Adelaide, and is the largest of 5 squares/parks within the city. Most of Victoria Square was closed off for the Croquet Club which was setup as part of the Fringe Festival which runs in early March. The Croquet Club featured several food outlets and stages with bands playing in the evenings. Although without a tripod with me I wasn’t able to get some decent night photos of the setup. 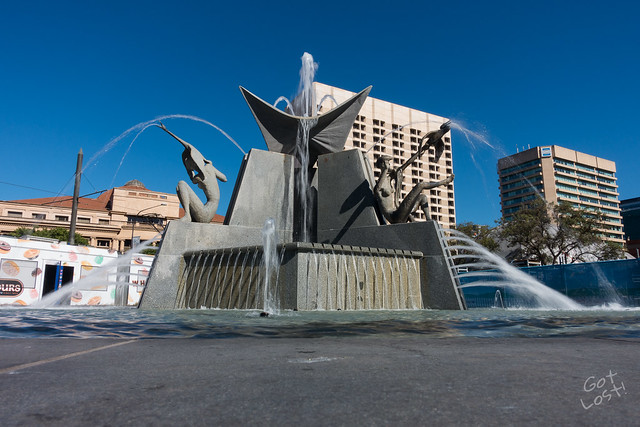 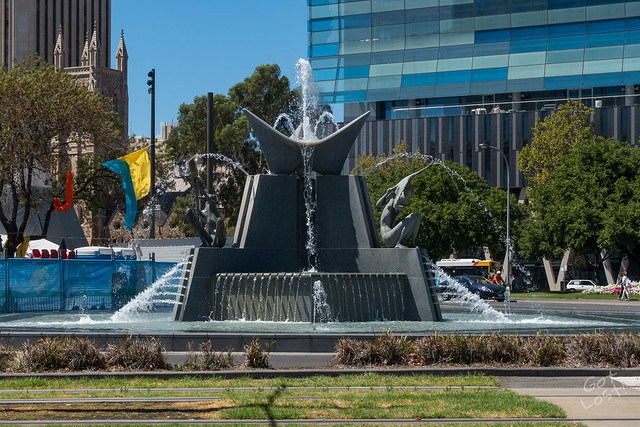 If you are looking for food, then Gouger Street is the place to go. It’s the home to Adelaide’s Chinatown as well as the Central Markets. But the street itself is lined with a variety of cafes and restaurants as well. It’s where I ended up looking for dinner with a sorts of options for all sorts of budgets. While the Central Market also offers a combination of fresh produce stalls and touristy items during the day. For more informational about the Central Market visit – http://www.adelaidecentralmarket.com.au/ 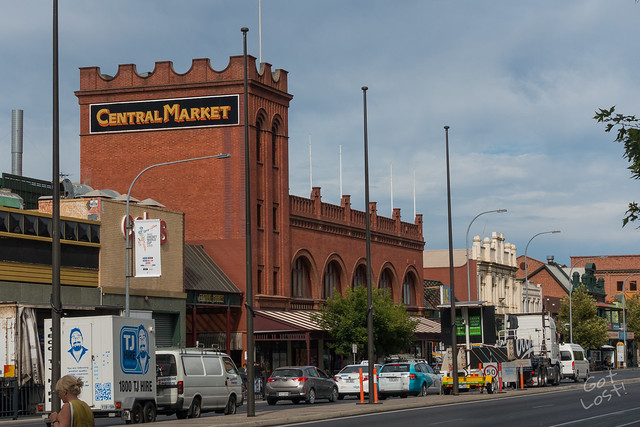 The plan for second spare day in Adelaide was to take the tram down to Glenelg to visit the Beach. However the weather wasn’t looking fantastic so I decided to hang around the city instead.

I ended walking up to the Adelaide Oval as I’d been told the tour of the stadium was great and as a Cricket fan I thought it would be interesting to see behind the scenes, particularly during the Cricket World Cup. Here’s a collection of some of the interesting things I saw of the walk up. 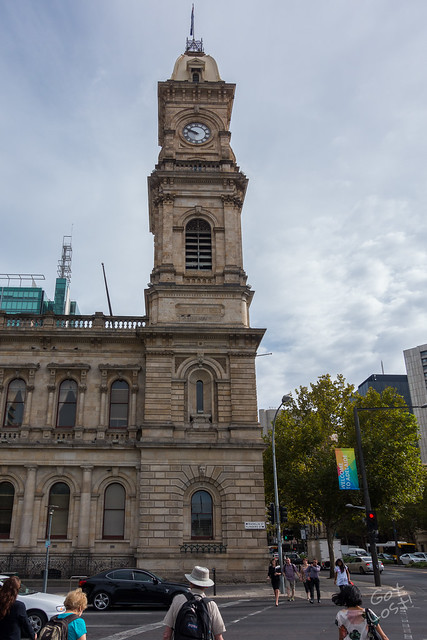 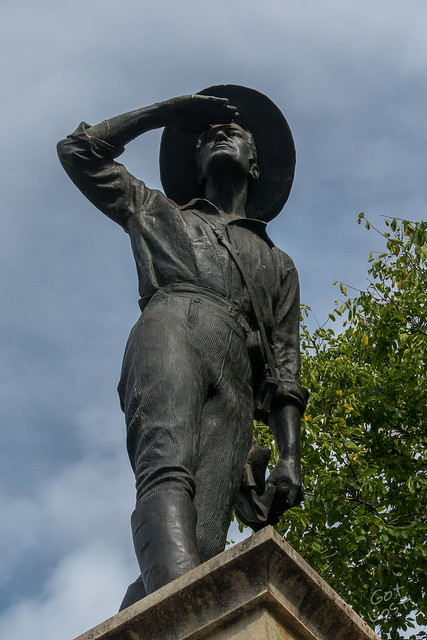 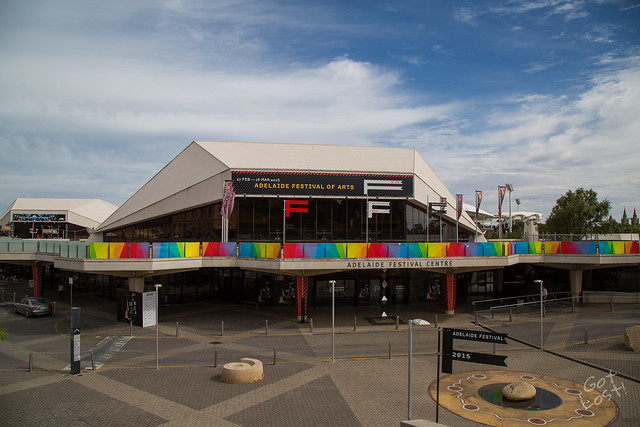 Unfortunately by the time I’d gotten up to the Oval I’d missed the morning tours and the afternoon tours were still a few hours away so I didn’t get a chance to do the tour. For more information about the tour’s so you don’t miss them (which is what I should have done), check out – http://www.adelaideoval.com.au/. However it’s a rather picturesque area so I took a few photos while I explored it further. 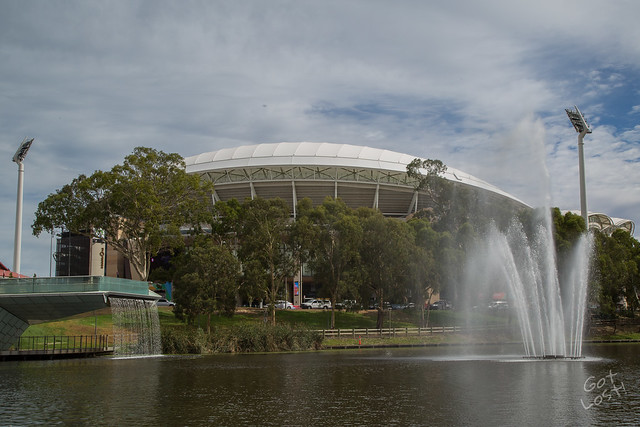 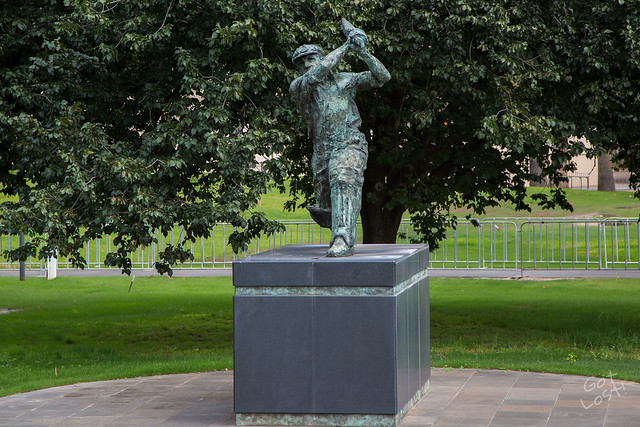 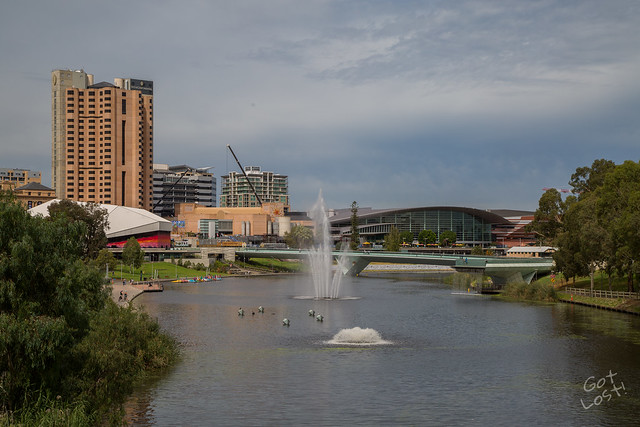 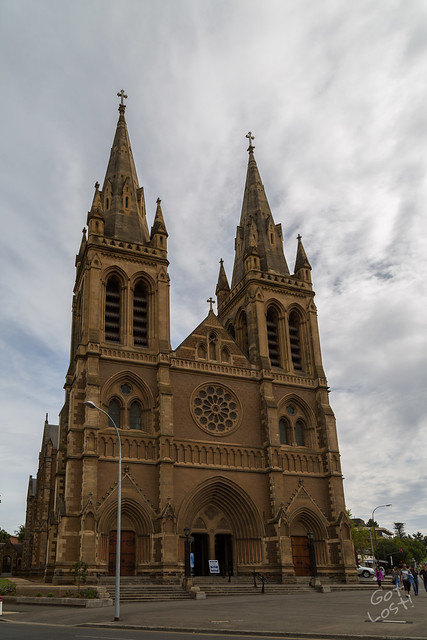 Another example of the many churches in Adelaide

I headed back to Rundle Street which is the main shopping area in the city to grab some lunch a fill the last couple of hours before heading back to the airport for my flight. Rundle Street Mall depending has a variety of shops, but the most famous would be the Haigh’s Chocolate store making and selling Chocolate in South Australia since 1915. For more information about the Rundle Street Mall visit the website http://rundlestreet.com.au/ and for more about Haigh’s Chocolate’s check out their website – http://www.haighschocolates.com.au/ 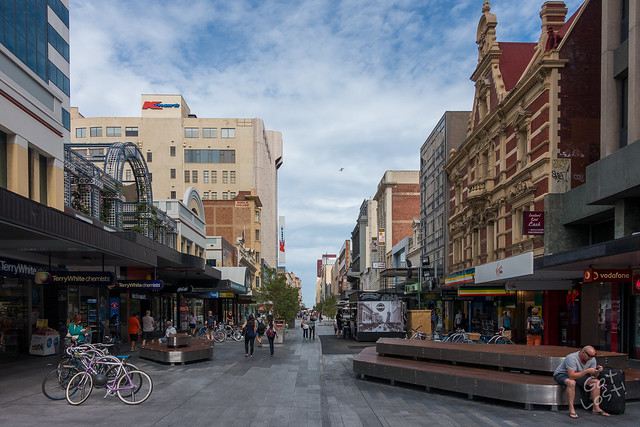 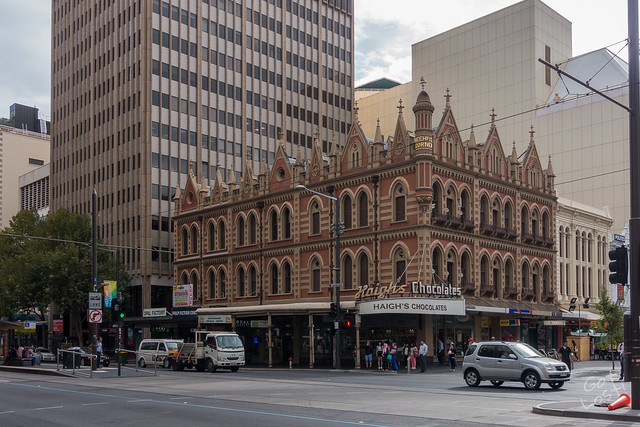 That wraps up my 48 hours exploring Adelaide, I was in town to photograph the Clipsal 500, so while I was in town for a few more days I only had a day either side of the event to see the sights. I’ll have to organise another trip to Adelaide to explore the city properly, and make sure I bring a tripod with me to get some great night time shots as well.

Have you been to the Adelaide before? Feel free to leave your suggestions or tips of your own with a comment below so I can check them out for next time.